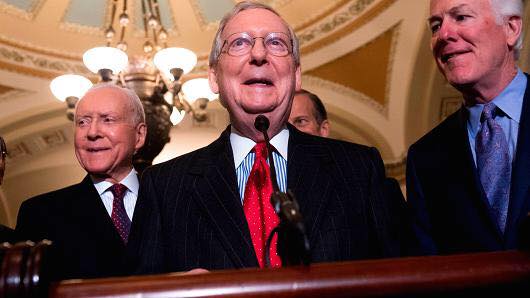 They just passed a TAX-BILL that will only benefit the RICH, and some Corporations (which already have plenty of cash in their bank accounts and have not been investing it).

No benefits will trickle-down to the rest of the Americans, except the various vulgarities from our UNFIT & UNQUALIFIED President, MR.TRUMP.

Now that the Reprehensible Republicans finally got the tax-cuts for their rich friends and benefactors, may be they will remember that they have been elected to serve ALL AMERICANS. May be they will join Democrats in a patriotic effort to remove Mr.Trump from Office, either by Impeachment, Exercising the 25th Amendment option or by requesting his immediate resignation.

Too much to expect from the Reprehensible Republicans? Well, not all of them are reprehensible by any means, so may be those who are not reprehensible but honest, decent and patriotic will lead the way. Let’s hope so.

Thank You.
Celik Kayalar
Writer & Director of “The Traffick”
Web Series aimed at raising awareness and fighting the heinous crime of child sex-trafficking, worldwide. A fight we can not afford to lose.